Created for Purpose, it’s Time You Crossed Over into All God has For YOU!

About Crossing the Jordan Ministries

Crossing the Jordan Ministries is an Evangelistic Ministry with a goal to show individuals that they have been created by God for a very specific purpose. We aim to help them discover who God created them to be, for what purpose they were born, and how to cross over into all God has for them.

Crossing the Jordan Ministries is best known for their Freedom Festivals (outreaches), leading people to the Lord both in public and online ministry. They have a strong online presence on YouTube where they offer online devotionals and various teachings to help equip the church.

In addition, they are well know for the Five-Star Seal Award Winning book, Crossing the Jordan; There is a Golden Road for Everyone, written by Melany Bungay (now Melany Schroeder)

“We help people discover who God created them to be, for what purpose they were born, and how to cross over into all God has for them”

In October 2016, God confirmed to Melany through a Prophetic Word from Pastor Rodney Howard-Browne of Revival Ministries International to write the book Crossing the Jordan; There is a Golden Road for Everyone. The book was

Logan and Mel Schroeder currently live in Surrey Canada. After meeting during Ministry Training at Revival Ministries International in Florida USA in 2017, it was in mid-August 2018 that they decided to pursue a romantic relationship. It wasn’t long before they knew that they were to be married. They left Florida in February 2019 bound for Meadow Lake, Saskatchewan, Logan’s hometown, to tie the knot.

They were married on March 29, 2019 in an intimate yet informal church office setting, where Logan’s home-church Pastor performed the ceremony. Logan and Mel began serving in this local church, however, a few short months later, in August 2019, Logan was given an opportunity to join a company based out of Vancouver, British Columbia as part of a construction team that built large high-rise buildings.

Having both just had dreams from God about a new beginning on the horizon when this opportunity arose, they knew God was personally moving them. Within two weeks, they managed to sell or give away their belongings, and embarked on a new God-adventure with just what they could fit in their little Chevy Cobalt.

On arrival in South Surrey, they quickly got plugged into a local church. It was here, on their first day, that they met Pastors Nic and Sarah Arkley, who had recently immigrated from the UK on a Word from God, to plant a new life-giving church, Numa.Church, in the South Surrey area. Within a few short months, it became clear – Logan and Mel were to be part of the Launch Team of this new church plant, and as such, they committed 12 months of their time to them.

They believe that one must first be faithful with another man’s vision, and when proven faithful, it is then that God will give them their own. Their journey thus started with not only the Numa.Church launch, where they held up the hands of Pastors Nic and Sarah in any way they could, but also with Crossing The Jordan Ministries, their own personal online ministry.

After serving on the Numa.Church launch team for 14 months, they felt it was time to move to Glad Tidings Church, Vancouver B.C, a church that the Lord had begun speaking to them about as they were wrapping up the 12 month commitment with Numa.Church.

It was at Glad Tididngs Church that they were released into public ministry and began serving as the Outreach Leaders.

Crossing the Jordan Ministries has grown exponentially over this time, and has a goal of leading people to Jesus, as well as facilitating the process of helping these people discover their individual God-given purposes, and encouraging them to live with both feet fully and firmly in the Kingdom of God. 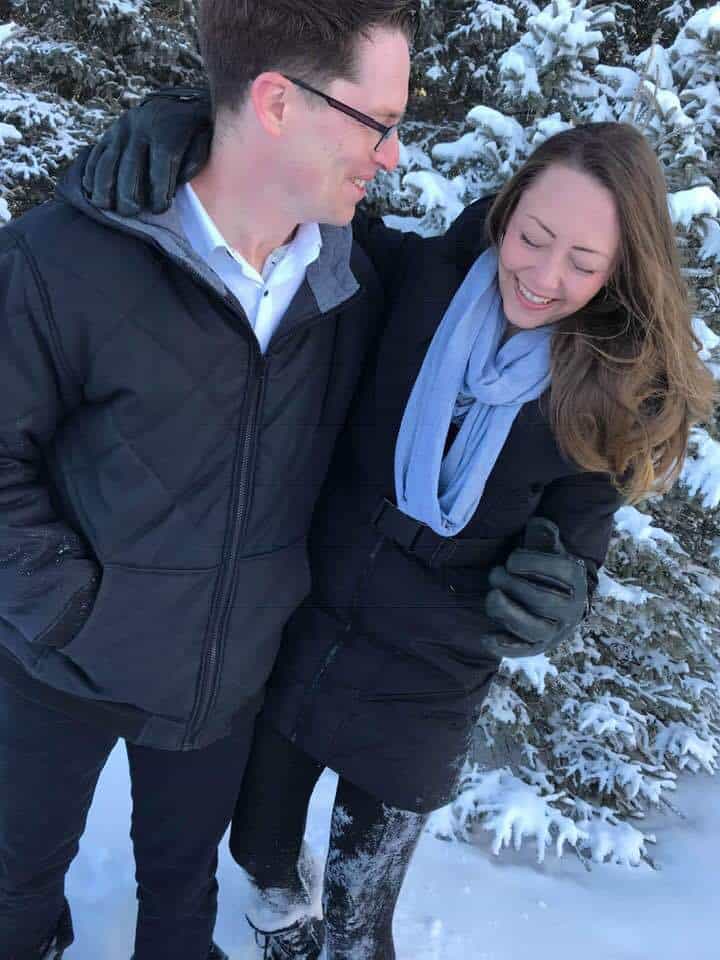 There is a golden road for everyone

Discover your God-given Purpose and Destiny in the book Crossing the Jordan. Now available in digital form and paperback. 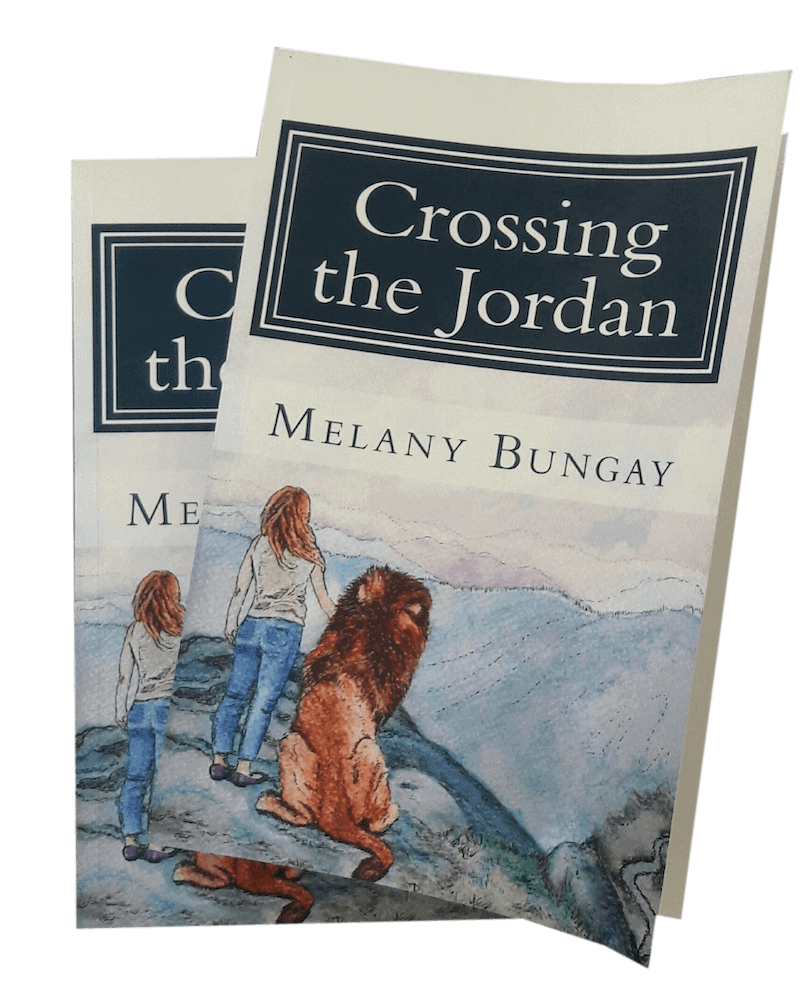 God Has a Wonderful Plan and a Specific Purpose for YOU!

Golden Road for Everyone

Reading this wonderful book will help you

start your Journey in discovering all that

God has for you!

As a complete heathen and living a wild life of booze, weed, and married men, Melany was involved in most things she ought not to have been. As a proud atheist and believing in reincarnation, she did not believe in angels or demons, God, Satan, heaven or hell.

While living and working in the Middle East, the spirit realm opened up to her one evening. Here, she was physically attacked by two demons, who told her that they were going to kill her. After a failed attempt at finding an exorcist she called out to God, telling Him that if He was real, that He should show up in a way that she could not deny. He did.

Melany got radically touched by Jesus Christ that night and an amazing God adventure began that, to date, has taken her to six nations of the world. For the believer, this book will set your heart on fire for “the more” of God, realizing that you do not need to have a title or a twenty-year walk with the Lord to be used of Him in a powerful way. To the non-believer, this book will compel you to reconsider eternity.

Brave, yet so inspiring

I could not put it down. Mel so bravely tells her story, and weaves in testimony after testimony of the goodness of God in her life. She so beautifully points one to scripture, as she tells her life story, to inspire one to a live a life in relationship with our good good Father. Chapter after chapter I was so encouraged and drawn to want to know more and inspired to be more for God. I got to know Mel in her early walk as a Christian and this book is such an authentic depiction of her life and her continued growth, I saw her change 100% after getting to know the Lord. What an inspiration Mel, I look forward to so many more of her books.

The author’s testimony is beautiful and honest and I admire the bravery shown by Mel as she takes you with her on her spiritual journey. She has a radical conversion that transforms her into a child of God. The highs and lows, the good and bad, all mirror our everyday emotions. I found the book to be well written and clear. I highly recommend this book to anyone who is uncertain in their faith.

There is a complete recovery available

Excellent book to read and share. Sometimes one knows a person who has similar struggles and can’t share the true solution for whatever reason, this will be the book to give to them.
People are not always ready to here a true Christian’s testimony face to face and this book is non threatening. Mel brings the reader through a time she struggled with many things and issues people deal with every day and never talk about or get genuine counseling for. I personally know Mel and today she is a strong lady with God’s favor in her life.

How God can change a hopeless life.

I am very enthralled by Melany’s book. I know Melany from River Bible College. I did not know the extent of her testimony. This is a great book and will bring blessings to all who read it. When Melany gave God control of her life, He totally changed it for the best. I know God will use this book to help struggling people. What a great God we serve. I thank God for Melany.

What We Stand For

For the eyes of the LORD run to and fro throughout the whole earth, to shew himself strong in the behalf of them whose heart is perfect toward him.

We’ve made it our personal mission to do everything we can to make His Name, His goodness, grace and mercy known to everyone. The Bible says in Romans 10:13 that all who call upon the name of the Lord shall be saved and we are declaring this message as loud and clear as we know how in hope that all who hear it will experience the same incredible peace and freedom that came with Gods transforming power and love when He touched our lives.

The page you requested could not be found. Try refining your search, or use the navigation above to locate the post.

The page you requested could not be found. Try refining your search, or use the navigation above to locate the post.

Read More from our blog

He or she who will pioneer a way where there seems to be no way.

How You can get involved

Give and it shall be given unto you; good measure, pressed down, and shaken together and  running over, shall men give into your bosom. For with the same measure that ye mete withal it shall be measured to you again.~ Luke 6:38 KJV ~

With a goal of reaching ONE MILLION people for Jesus in their lifetimes, your donation can help make this dream a reality! Sowing into Crossing the Jordan Ministries will not only allow great maintenance of this website and all the free content, but also the publishing of more books, the recording of more teachings  and of course, more extensive travel for the Gospel.

Get Involved today
Make a donation