WHAT DOES IT MEAN BIBLICALLY WHEN YOU DREAM OF SOMEONE? 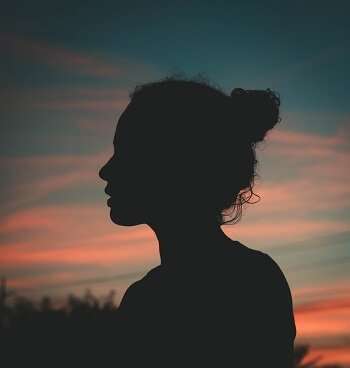 I think we have all at some point dreamt about someone, and wondered what the significance of it was. The reality is, God is speaking. With dreams being mostly symbolic, below you will find what people represent;

Dreaming about someone in particular usually has three possible meanings, the first being to do with the biblical meaning of their name. The second reason would be to do with what they do for a living, and the third has to do with who they are in your life.

This may sound strange, but read on below as it will all begin to make sense once I’ve unwrapped this further for you.

In bible times, names were incredibly important as they had significant meaning. For this reason, one of the first things you want to do is look at the person’s name, and discover what the biblical meaning is of that name. With this information on hand, you will then be able to decide if the name is the main reason behind seeing that person in the dream.

For instance, my name – Melany – actually means ‘dark’ according to the biblical meaning. For this reason, I often get enquiries from people about a dream they’ve had – a ‘not so nice’ dream – and it is explained that I was in the dream, and they want to know why.

In this particular case, it is usually God wanting to show them that there is an area of darkness in their heart that they have not allowed Him into, which He is wanting to deal with.

Another example of this would be the name Ryan, which biblically means ‘Little Ruler’. In this case, Ryan could represent Jesus. So if you have someone by the name of Ryan come to you in a dream, whether you know the person in reality or not, and he gives you advice or an instruction, it could very well be symbolic of Jesus giving you instruction.

If you’re looking for a good resource for names and their biblical meaning, there is a book called ‘The Name Book’ by Dorothy Astoria which I use. This can be found on Amazon. (This is NOT advertised for money, no affiliate links associated here – it is simply a great tool, one which was recommended to me by my leaders, and now I in turn recommend it to you as I’ve found it invaluable).

The next thing the person could represent, is to do with their actual occupation.

For instance, if you dream about a lawyer, it might represent the Holy Spirit, whom we are told is our great advocate and counsellor.

If you dream of a Carpenter, again, it could represent Jesus, the great and mighty carpenter, the fixer and mender of all things.

Who Are They To You – What Do They Represent?

The last reason you would usually dream of someone is to do with who the represent – who are they to you personally.

As an example, I often dream about my earthly father coming to me in a dream and giving me instructions. This has nothing to do with my earthly father – whom I have no contact with whatsoever – but rather my Father in heaven, whom, according to the Bible, gives a Father to the Fatherless. He symbolically uses my earthly dad so that I know it is Him (My Heavenly Father) instructing me.

Is Dreaming About A Person Ever Actually About Them… The Actual Person in The Dream?

In short, yes it can be. BUT… it usually isn’t. The reason I say this is, if you study biblical dreams – dreams of the bible – you will see that more often than not, they are symbolic. In other words, people and symbols are used as representation in dreams, and are not usually literal.

That being said, there are literal dream examples in the bible, and I have even had literal dreams also, so you can never simply rule it out. Literal dreams are just not as frequent as symbolic dreams.

What I will say is, when the dream IS actually about the actual person, it is usually Prophetic in nature – something to do with their life, their situation or similar. It does not automatically mean you must share the information that you saw in a dream, often times it is just to pray for them.

Worth mentioning, if the dream is actually about the person, you may still find that other symbols are used symbolically in the dream.

As an example, let’s say you see somebody die in the dream. Most likely this is about that person, but it is not about death. Death in dreams represent a change in season or the era coming to an end. In this situation, you are likely being shown that this particular person is about to go through a large change in life – a career change, a big move of some kind… something along those lines.

Thank you for reading! If you have not given your life to Jesus, and do not know whether you would make heaven or not when the time comes, go ahead and read this blog.