WHAT DOES DYING AND DEATH REPRESENT IN DREAMS BIBLICALLY? 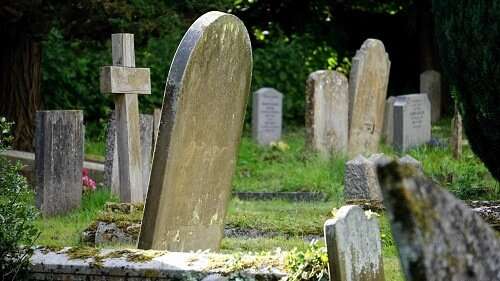 Dreaming about you, or someone you know, dying can be very disconcerting! Take courage, because it does not mean that your actual life is over. Dreams are typically more symbolic in nature, and below I will explain what a death dream means;

If you dream that you, or someone you know, has died, remember that dreams are typically symbolic, and death is symbolic of an ending and not actual death. In this case, if someone dies in a dream, it would most likely mean the end of a season for them, or perhaps being born-again into God’s family.

Death in dreams, while it may seem scary, should in fact be exciting, as it means a new season is upon you!

Below I will share some personal experiences I’ve had regarding death dreams, and I trust that things will become clearer for you in this regard, and set your mind at ease – especially since I’ve had a number of dreams where I have died and yet… I’m obviously alive and well, happy and… in a great new season!

I Dreamed Our Home Was Invaded and I was Killed Suddenly

The first dream I had in which I died, was a dream I had while still living in South Africa. In the dream, my home was suddenly invaded by intruders, and I was killed.

I awoke from this dream obviously very shaken and concerned, however, over a few days, the fear subsided and no home invasion occurred. However, what did happen was, I did suddenly get a call from a company in the Middle East offering me a position within their organisation.

Not being a Christian at the time, and having no understanding of dreams at that time, I didn’t think the two were at all linked in any way.

Thirty-Three days later, I landed in the Middle East to take on the new role – and thus my new beginning had begun. However, in this particular instance, I do believe that the sudden death that took place in that dream was also linked to my salvation story, as it wasn’t long after arriving that I was physically attacked by demons while all alone in my apartment (yes… real life, not in a dream… had the bruises to prove it) and this encounter with the demonic was ultimately what led me to cry out to God, and thus, I was radically born again. You can read about this incredible story, Crossing the Jordan, here.

I Dreamed I was at, what felt like in the Dream, was my Own Funeral

The next dream I’ll share was a very short dream where I simply saw myself at a funeral. In the dream, it felt very much like my own funeral.

By this time, I was born again and saved, and receiving dreams every night from the Lord. I immediately knew upon waking that I was being shown again that the season was coming to an end.

Sure enough, it wasn’t long after having this dream, that God gave me an instruction to leave the Middle East and head to Thailand as a Missionary. It was one of many dreams I had confirming this move, which was also confirmed by my Pastors, who received a Word for me to go.

Again, this dream was about the end of a season, along with the start of a whole new one! Very exciting!

I Dreamed there had been a death – again it felt like my death – and that I had to clean up the estate and save some important belongings.

In this dream, I saw myself walking from a funeral home, having just attended a funeral. In the dream, it felt like I had attended my own funeral.

I made my way down to a shed, carrying multiple books and different objects which I knew I needed to keep. I knew that I was to discard the rubbish in the shed, and keep the important stuff to one side.

While inside the shed, while going through the belongings to decide what to keep and what to throw away, I found a phone book – it was really large and brand new. It so intrigued me as I’d never seen anything quite like it. I began to rifle through the pages and was shocked to find crisp clean money between a lot of the pages.

I woke up from the dream and immediately knew the Lord was showing me that the season had come to an end, and that I was to disregard what He showed me to be rubbish, but hold onto the important things He showed me, as it would be within those things that my future provision and favor with man would be found.

This is exactly what happened. It was a few short months later when He told me it was time to quite my job and begin to pursue what He had called me to do. He reminded me of this dream, and that even though I didn’t know how everything would work out, he had the ‘numbers’ of those people of influence who would one day be involved in my ministry. As such, a new and exciting season begun yet again.

Thank you for reading! If you would like to learn more about how God speaks in dreams, be sure to download, Was That REALLY God? A Biblical Guideline In Understanding How God Speaks in Dreams and Visions, which not only summarizes seven years worth of study on the topic, but also provides over 350 dream symbolism explanations.

If you would like to receive Jesus Christ as your personal Lord and Savior, and be sure that heaven will one day be your home, please read this post.

If you would like to read about the demonic encounter I had while living in the Middle East, along with how I encountered Jesus and got radically saved – which includes how I got free, and how I stayed free, you can download my five-star award-winning book, Crossing the Jordan; There is a Golden Road for Everyone here.