THE BIBLICAL MEANING OF PREGNANCY AND MISCARRIAGE IN DREAMS 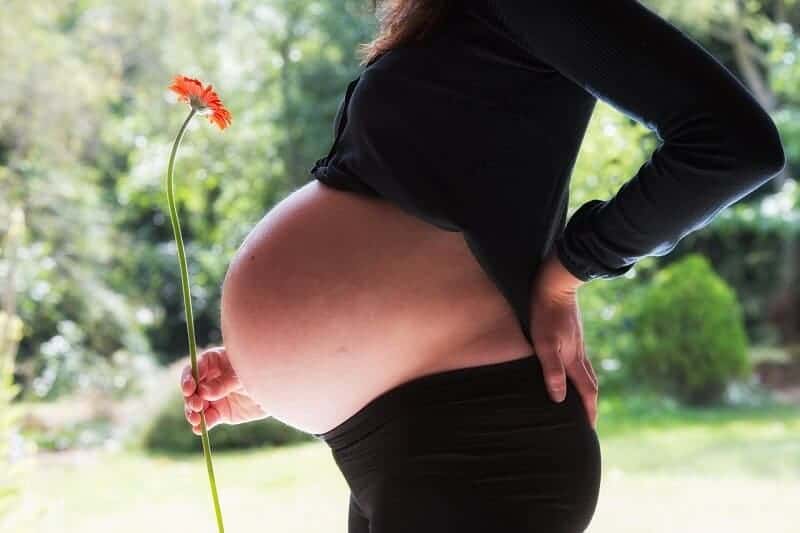 Dreaming about pregnancy or miscarriage is fairly common. If you had no plans for a child however, it could be concerning. It may be comforting to know; these dreams are not usually about an actual baby!

Dreaming about being pregnant is God’s way of showing you that His purposes for your life are preparing to come forth. It is a prophetic Word that speaks of being in a process of reproducing. Miscarriage on the other hand is indicating that you’ve lost something at the preparatory stage.

Dreams of the Bible are very often symbolic; hence I say these are typically not about an actual baby. Take heart however if you’re believing to conceive, as they could be! Below I’ll provide some examples as to why I say this;

A Symbolic Pregnancy Dream; A Personal Example That May Help You

Shortly after giving my life to the Lord, two separate people contacted me because of dreams they had had involving me.

The first lady was a woman in our church. She told me that she had had a dream where I was very pregnant and about to give birth. She didn’t offer an explanation, just stated what she had seen. Not knowing anything about the prophetic or how the Lord speaks in dreams at that time, I wondered if she was assuming I was involved in an ungodly way with someone, but looking back, I now realize this was the last thing on her mind, she was simply preparing me for what God was about to do.

The second lady was actually in a different country. She called and told me that she had dreamed that she was in my office speaking with me, and I was heavily pregnant. Suddenly in the dream, I grabbed onto my desk and yelled out that my water had broken and that the baby was coming.

When I got this second dream relayed to me, I realized God was speaking about something He was personally about to birth in me.

At that time, He had been giving me multiple dreams about a healing and deliverance ministry, and I had felt, in reality, that I had begun to get Words of Knowledge for people around me.

On a side note for those that don’t know; A Word of Knowledge is where God speaks something specific to your heart, that you would have no way of knowing, so that you can pray for the person regarding that thing, and see the person be healed and made whole.

For instance, it might be a Word of Knowledge about a back problem someone that you just met, has. You would then, on confirming with that person that the back problem exists, pray for them on the spot, and God would then heal them. Thus, they would come to know that the Lord is real, loves them enough to heal them, and they then surrender their lives to Him.

Having had multiple personal dreams about healing and Words of Knowledge, and then being told about the pregnancy dreams, I decided to, in faith, believe that God was actually wanting to use me in healing and deliverance. I started to pray for people when I felt a Word of Knowledge come, and on doing this, suddenly revival broke out everywhere I went. People were getting healed of all sorts of ailments, and many people gave their hearts to the Lord, including almost everyone in my office, despite this being in the Middle East.

I realized through those pregnancy dreams, and multiple others, that God was giving me a prophetic promise, that His plans and purposes for my life were being birthed, and that His plans would literally bring new life. Incredible!

You can read many testimonies of all the amazing things God did while I was in the Middle East, in my book, Crossing the Jordan; There is a Golden Road for Everyone. This book also shares a lot of information about Words of Knowledge, and how the Lord speaks in this way, should that interest you.

A Literal Pregnancy and Baby Dream; A Personal Example That May Help You

A little over two years ago I had two dreams; the first was a pregnancy dream in which I saw myself with an enormously large belly, very obviously pregnant and just waiting to deliver. The second dream, which came the very next night, showed a picture of my life after the delivery. Important to note, at the time of these dreams, in my real life, I was single and in Bible School, with no thought about men, marriage or babies. I was completely focused on ministry.

The dream I want to specifically go into detail on, is the second dream, showing life after delivery. In this dream, I was watching myself from above, observing what was taking place in my life.

In the dream I was seated in a type of cargo plane. It wasn’t a regular plane with regular seating – this plane had seats around the interior walls of the cabin, and an open area in the center. I felt we were about to embark on a crazy God adventure.

With me was a man, and I knew him to be my husband. We each had a new born baby swaddled in our arms. Suddenly I heard a very loud voice say, “In the space of two years, there will be two more!” I heard this audibly in the dream.

Then the still small voice of Holy Spirit spoke to my heart, in the dream, and told me that my Father in Heaven owned the cattle on a thousand hills, and that I’d never need to be concerned about finances because of this.

The dream ended and I awoke. I thought that it was strange, to get two totally different messages in the same dream; one about God birthing something new, and then another about finances – the two seemed totally unrelated, not only to each other, but to me personally. I stored it in my heart however, as I felt like God was preparing me for something that He was about to do, especially after just having had the pregnancy dream the night before.

Never in my wildest dreams did I think that the husband in that dream was an actual person that the Lord had for me, or that I’d soon be married and pregnant in reality!

For all these reasons, I say, just because a baby in real life seems impossible, don’t discount the possibility – you never know what God is about to do, as you will see below!

Fast forward; Just two months after these two dreams, I met my now husband, and we were married six months later. Just shy of one year of marriage, I was pregnant with our first daughter, who is due in August. This timeline is literally two years from the time of that dream. In addition to this, we are also now helping to plant a church in British Columbia, hence both my husband and I were both nurturing a brand-new baby. In case that was not enough, we have traveled from Florida USA, to Saskatchewan Canada, and now to British Columbia, in these past two years, just as the dream depicted. God is amazing!

Therefore, I repeat, a pregnancy dream could be symbolic, or it could be literal. Initially I tend to lean more on the symbolic side as a general rule, simply because, on studying this out, dreams in the bible are typically more symbolic than literal. Obviously though, this is not always the case.

A man having a dream in which he is pregnant, is indicating, much like in the case of a woman having this dream, that the Lord is preparing to birth His plans and purposes for the mans life.

I love the way that God speaks. He is no respecter of persons, and what He can do for one He can do for another. And that includes giving men pregnancy dreams as symbolic illustration for the birthing of His plans and purposes in the mans life. I know of a few men who have had pregnancy dreams, my husband being one of them, and every time it has been just before a birth of something brand new in the mans life. Amazing!

When you study and understand how God speaks through symbolism in dreams, and recognize that throughout the Word of God He uses things in the natural to symbolically illustrate the characteristics or detail about that same symbol, it may be easier to accept something as crazy as a male being pregnant in a dream.

For instance, in the book of James, God uses the rudder of a ship to illustrate the power of our tongues and the ability that tiny member of our body has to change the course of our lives. It is no different with a pregnancy dream. Pregnancy is illustrating a birth of something new, something that has been in preliminary stage for many months, something that will result in new life. Men and woman alike are birthing Gods promises every day.

Sadly, the ‘religious’ type don’t accept that God might illustrate this in that way, because they put God in a box. So unfortunate, since they then limit the Lord, not realizing that they’ve placed their own wisdom above His and in the process, they’ve silenced His voice.

What it Means to Have a Miscarriage in a Dream

As mentioned above, having a miscarriage in a dream is typically indicating that you’ve lost something that was in the beginning stages of development. Keep in mind, this is not always a bad thing, as not every plan is a God plan.

In real life, a miscarriage usually happens when there is something wrong with the fetus and your body recognizes this. Something was missing that would not allow the baby to function normally.

Considering what we have learned about God using things in the natural to symbolically illustrate that same symbol, we have to consider that perhaps, if we’ve had a dream of miscarriage, that the Lord was in fact showing us that something was just not quite right with our plan, to allow us to change course and birth HIS perfect plan for our lives.

Thank you for reading!

If you’d like more information on receiving Jesus as your personal Lord and Savior, read my blog about how to get to heaven here.