HANDS ON FIRE IN A DREAM; WHAT IT MEANS BIBLICALLY 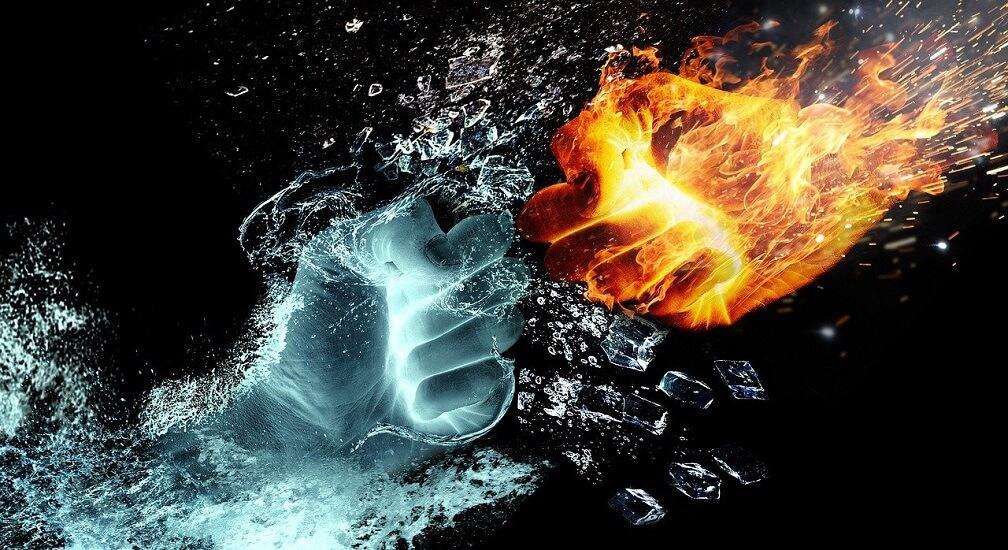 After having a dream where my hands were set on fire, I began to study what God’s Word had to say about fire, and the fire anointing. Here is what it means;

As mentioned, fire represents a number of things in the Word of God. The context in which it is used is crucial to understanding the symbolic meaning in your dreams. Read on for more information on the different ways fire can be used symbolically.

What Does Fire Represent in Dreams, According to the Bible?

Fire is symbolically represented as the method in which God uses to test the quality of one’s work.

13 But on the judgment day, fire will reveal what kind of work each builder has done. The fire will show if a person’s work has any value. 14 If the work survives, that builder will receive a reward. 15 But if the work is burned up, the builder will suffer great loss. The builder will be saved, but like someone barely escaping through a wall of flames.

Fire is symbolically representing the Glory of God along with His Judgement.

7 And God will provide rest for you who are being persecuted and also for us when the Lord Jesus appears from heaven. He will come with his mighty angels, 8 in flaming fire, bringing judgment on those who don’t know God and on those who refuse to obey the Good News of our Lord Jesus

Fire is used to represent evil and destruction.

6 And among all the parts of the body, the tongue is a flame of fire. It is a whole world of wickedness, corrupting your entire body. It can set your whole life on fire, for it is set on fire by hell itself

John speaks about being baptized in the Holy Spirit and fire by the ‘one more powerful.’ Fire here represents supernatural power; healing and miracles.

6 John answered them all, “I baptize you with water. But one who is more powerful than I will come, the straps of whose sandals I am not worthy to untie. He will baptize you withthe Holy Spirit and fire.

Fire represents destruction, and that which is used to destroy.

54 When the disciples James and John saw this, they asked, “Lord, do you want us to call fire down from heaven to destroy them[a]?”

Fire represents the wrath of God.

35 And fire came out from the Lord and consumed the 250 men who were offering the incense.

Is It Good to See Fire in Dreams?

This really depends on the context of the dream.

In my dream, I was in a carpenter’s workshop. The carpenter came to me and set my hands on fire. As he walked away, he said, ‘get ready, it’s coming!’

It was an extremely painful event in the dream, and when I woke up, my hands had been anointed – they were covered in oil.

For more information on the miracles I saw, and various impartation prayers, you can download my first book, Crossing the Jordan; There is a Golden Road for Everyone here.

Why Did I Dream My Stove Caught on Fire?

A stove represents a place where you cook and prepare food for consumption.

From a Biblical perspective, food would represent the Word of God; that which we feed our Spirit man on. If a stove in this context caught fire, it would represent God anointing the food you’re preparing. Another way of saying this would be, it would reflect an anointing on the way you are preparing God’s Word – the messages you will one day preach – for His people. Note, this does not only mean for pulpit and public ministry, it could mean God sees the way you study His Word in private, and will anoint what you share even if you only ever share it with one other person.

Why Am I Dreaming About Fire and Water?

Water is often represented symbolically as the Holy Spirit in the Bible; that which refreshes and cleanses. It can also represent salvation. Fire, as we have determined above, can represent the power of the Holy Spirit. A dream about water and fire would, depending on the context, typically be about God’s power and revival coming to His people.

If, however, the water is dirty, and the fire is destroying everything, it would be representing something different; for instance, dirty water would be symbolic of bad doctrine and other impure teaching, and the fire of God’s wrath, in judgement, coming to bring this to an end

What Does It Mean If I’m Running Away from Fire in A Dream?

If you find yourself running away from fire in a dream, I would ask yourself if you are running away from God’s direction and correction in your life. I believe this would likely be symbolic of the dreamer not allowing God to do a refining work in his or her life and character.

Why Did My Clothes Catch on Fire in a Dream?

Clothing (garments) often represent righteousness in the bible; robes of righteousness. Therefore it could be symbolic of someone coming to salvation and going through the refining process.

It could however also speak of God bringing a special empowerment upon your calling and destiny, as a robe can also be seen as a mantle; in which case, fire could represent the anointing coming powerfully to help fulfil your call and destiny.

Why Did I Dream that a Building was on Fire?

In a positive context, a building on fire would typically be speaking of God’s presence and Glory, especially if the building is not burned up and destroyed. This is much like Moses and the burning bush story. The bush did not burn up. It was reflecting the presence, power and glory of God, a sacred place where impurity could not live.

If the building was destroyed by fire, it would be speaking of God’s wrath and the destruction that would come.

Why Did I Dream About My Face being Burned by Fire?

If you dream that your face is on fire, it is symbolic of that which people recognise you by, your traits, your character, undergoing a work of Gods refining fire. This relates to the below section labelled, ‘Staying in the Fire’ and letting God do a work in you, in order to allow Him to work through you.

What Does It Mean Biblically When I’m Told To ‘Stay in the Fire?’

Gold is refined by fire. In the Bible, Gold can represent Purity, Holiness, Glory, Christs Nature and Deity.

Hence, we are told to ‘stay in the fire’ as this means that we are continually allowing God to do a work in us. Essentially, it means we are allowing the Holy Spirit to direct and correct our thoughts, words and actions all the time. Staying in the fire means that we have a soft and receptive heart to make the changes God is asking of us.

In addition, in Acts 2:3-4, fire came upon them to fill them with the Holy Spirit and empower them into the supernatural – in this instance, the Gift of Tongues was the result.

Thanks for reading! If you would like more dream symbolism explained according to biblical meaning, you can download my book, Was That REALLY God? A Biblical Guideline in Understanding How God Speaks in Dreams and Visions here.

If you do not know Jesus as your personal Lord and Savior, but want to be sure of making heaven your home one day when you die, you can read about how to do this here.