CROWNS, CROPS AND CAMERAS IN DREAMS – THE BIBLICAL MEANING 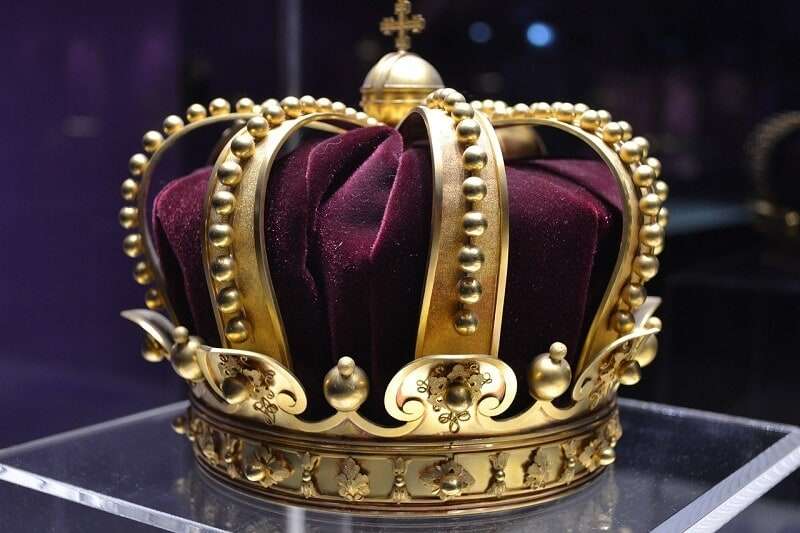 If you’ve recently dreamt about Crowns, Crops or Cameras, you’re not alone. With such significant biblical meaning, it’s crutial to understand these symbols. Here is helpful guide to get you started;

A Crown is a symbol of Life in Christ, it speaks of the ability to reign over situations with Holy Power. Crops talk about harvest; that which you have worked for is about to come to pass, and Cameras are symbolic of God giving you a glimpse of what is to come, and the need to store it to memory.

As with any dream, there are many variables and you cannot simply use a ‘cookie cutter’ approach. You need to consider the context of the dream, as well as how you felt in the dream, since these things will greatly affect the meaning.

Considering Context and How You Felt in the Dream; A Few Crop Dream Examples

Crops, and anything related such as farmland for instance, would fall into the category of Harvest Time.

The thing that has the potential to change the meaning of this dream symbol however, and what you need to ask yourself is, what is the context of this dream? This question, when asking yourself, will sound something like, ‘what is happening around me as I’m seeing this crop?’

As an example, perhaps in the dream there was a massive storm on the horizon. Perhaps the sky was black with thunderclouds, and you were concerned that the coming storm would destroy your crops.

When considering this example, it would be safe to say that this dream is potentially warning you about an attack of the enemy on the things you’ve been working so hard for. God wants you to be ready, to ensure your reward, provision and livelihood is not stolen from you.

This would be what the Bible talks about in John 16:13, in that it says that He will show you things to come. In short, it is a call to pray against the attack of the enemy on your harvest. I’ll touch briefly on how to pray against these kinds of attacks at the end of this post.

Now, let’s look at a positive context crop dream as apposed to the negative context example given above;

Let’s say that you had a dream in which you were out in the fields, preparing the ground and planting seed. Perhaps the sun was shining, and you were feeling great and excited about the harvest you would soon be reaping from your hard work. This dream would be saying something very different to that of my first negative context example given above. This dream would be symbolic of God showing you that while you’re not necessarily in a time of harvest just yet, you are making great progress in this season of growing.

In short, this dream is showing you that the effort and work you are putting into what He has tasked you with, will surely produce a wonderful harvest in its time. Now, that’s the kind of dream we all love to have! As you can see, context and how you feel in the dream are very important.

Worth mentioning here, God speaks throughout His Word about Harvest Time being about Souls coming into the Kingdom of God. That is, people getting born again and becoming followers of Jesus Christ. So, when looking at the context of the dream, considering who you are, how you felt and what you do for a living, all of these factors will play into the meaning of what your dream is actually saying.

Crowns and Context; Further Explanation and an Example

Depending on the context of the dream, a crown could symbolize a number of things, namely; Jesus Christ, Honor, Reward, as well as Authority. As previously mentioned, they are also often used in dreams as a symbol of life in Christ, meaning they are used to represent believers and followers of Jesus. In addition, they can also represent, for the wearer of the crown, having the ability to Reign over situations with the Power of God.

When I think of the kindness of God in showing this person this dream, it brings me close to tears. They will never need to wonder where that family member will spend eternity. This is such a wonderful example of how The Crown of Life is bestowed to those who belong to Jesus, and how The Lord will use symbolic representation straight from the Word of God to clearly illustrate a point He wants to make.

The Biblical Meaning of a Camera, and How to Understand Symbolism that isn’t Found in Scripture

There is no need to get hung up or stuck when trying to understand symbolism that you do not see in scripture. The reality is, God speaks in a very specific way; He uses things, and characteristics of things in the earthly natural realm, to symbolically represent and illustrate whatever point He is wanting to make in the supernatural realm of dreams. We can look at the crown and crop examples given above to clearly show this.

It is no different with a camera. Let’s do a quick comparison;

Now that you know what crops would biblically represent in a dream, basing it off of scripture, you can use the same method of interpretation for those things that are not shown in scripture, simply by looking at the natural characteristics and purpose of that particular thing.

Hence we know, dreaming of a camera means you are being given a picture of things to come, and being asked to remember what you are being shown. On a related point, make sure you record these camera dreams in a journal to refer to later!

Firstly, know that God never gives us dreams to put us into fear. We know this because in 2 Timothy 1:7 it says, “For God hath not given us the spirit of fear; but of power, and of love, and of a sound mind.”

Therefore, do not cower or become afraid if you have a dream showing a storm is coming. Stand up in faith and declare what His Word says over yourself and the situation, as He has given you the power to overcome through His Word. A great example of this would sound like this;

“Father, thank you for showing me the plan of the enemy! Thank you that You’ve gone before me, and You’re my rear guard! You surround me as a wall of Fire! Thank you that no weapon formed against me will ever prosper, and where the enemy comes at me in one way, he will flee in seven! Thank you, God, that you will turn what the devil meant for harm, into good! Right now, in the Name of Jesus, I curse every attack against my life, my livelihood, my provision and family (fill in whatever the situation is). Thank you that your angels are fighting this battle, and I can rest easy knowing that no sudden disaster will fall on my house! In Jesus Name, Amen.”

I’ll finish with a very important note; Holy Spirit should always be your number one source of information when you’re not clear on the meaning of a dream. Always start by praying and asking Him to reveal the meaning. Thereafter, always reference scripture, it is a wonderful tool full of Gods wisdom for every situation.

If you’d like more information about receiving Jesus as your personal Lord and Savior, please get in touch via the contact page. We would love to help you along in your journey and give you some free resources!