BEES, HORNETS & WASPS IN DREAMS; WHAT THEY MEAN BIBLICALLY 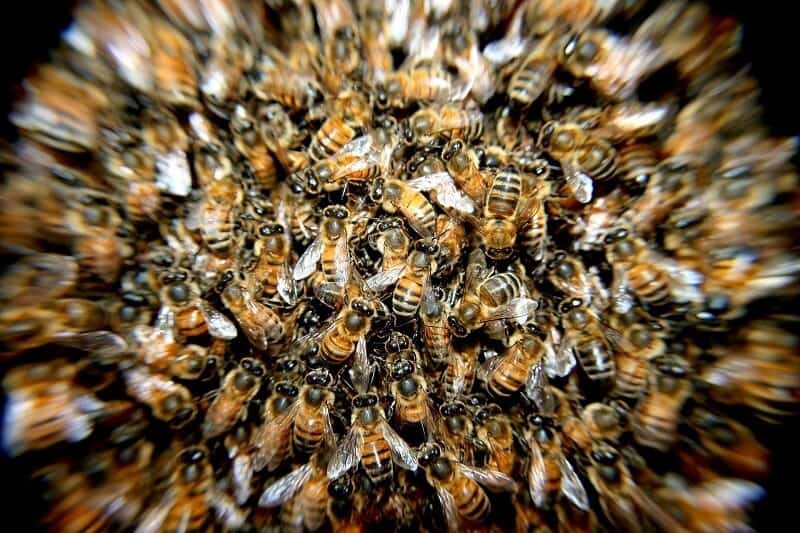 Dreaming about bees, hornets or wasps is not uncommon. While it may not feel great upon waking up from a dream of being swarmed or stung, it is actually a good thing. Let me explain why;

If you dream about bees, hornets or wasps, the Lord is warning you. These little insects are used symbolically to represent that the enemy is near, and planning an attack. This is especially true if you’re being swarmed or stung. Read on for more information about these types of dreams;

There are some distinguishing differences between bees, hornets and wasps in the natural, but in essence, seeing any of them in a dream is symbolic of a strong and painful demonic attack. If you’re allergic in the real world, be extra cautious as it could be a warning about a planned fatal attack on you.

How Do We Know That This is The True Biblical Symbolic Meaning of These Insects?

When we wake up from a dream, the first thing we should do if the meaning is unclear, is to ask Holy Spirit what He was wanting to convey to us in the dream. If, after doing so, the meaning is still not clear, it’s time to open The Word of God.

Let’s look at the below scripture;

Throughout Scripture, God is using things in the natural to illustrate things symbolically. In the above example, swarming bees surrounding and attacking, with the intent to kill in this particular case, is used as an illustration of an enemy attack. Hence, it is clear here in the Word of God that a swarm of bees would be representing a demonic attack.

These types of analogies are used throughout the Word of God, and in them we find the key to understanding how the Lord speaks in dreams. It’s very simple; He uses the characteristics of things in the natural to symbolically represent those things in our dreams. The way in which He speaks has not changed, nor will it ever change (Hebrews 13:8), and as such, we can apply the same principles to dream symbolism even when the symbolism isn’t explicitly mentioned in the bible, as is the case with hornets and wasps.

Why Am I Dreaming About Being Attacked by A Swarm of Bees, Hornets or Wasps?

The scripture mentioned above (Psalm 118:10-14) ends with a great encouragement. The victim was rescued and given the victory over the attack. Keep this in mind if you have a dream in which bees, wasps or hornets are swarming and attacking you, as the Lord can give you victory too.

What Should I Do If I Dream I’m Being Attacked by A Swarm of Bees, Hornets or Wasps?

Firstly, thank the Lord that He shows us things to come, see John 16:13. It is because of the dream, that you have been made aware of the plan of the enemy. Contrary to the popular saying, what you don’t know, CAN indeed hurt you! In this case, God has pre-emptively given you insight into those things which the enemy has planned for you. He has done this in order to put you in a position to cancel them, allowing you to walk away in victory, as is the example in the scripture provided above.

Canceling the plan of the enemy is two-fold. God does His part, in that He shows you what is coming, and then you do your part, in that you use Scripture to speak life and faith over yourself and the situation, and cancel the attack.

How Do I, Practically, Cancel an Attack from The Enemy?

An example of cancelling an attack would be to pray something along the lines below;

Father, thank you that you’ve shown me the plan of the enemy. Thank you that you did not give me a spirit of fear, but of power! Right now I cancel every demonic attack against my life, knowing that you have gone before me, and you are my rear guard. No weapon formed against me will prosper, where the enemy comes at me in one way, he will flee in seven because God is on my side! Thank you Lord, that you have encamped about me as a wall of fire and no evil can come near me! In Jesus Name, Amen.

What Is the Difference Between Dreaming About an Attack from Bees, Hornets and Wasps?

Firstly, we have to recognise that the devil often uses people to attack us. He is crafty and able to plant thoughts and ideas into people’s heads that are simply not true, or just plain evil.

As an example, you may have a conversation with someone in which you had no hidden agenda or malice, yet the enemy uses that conversation to manipulate the other person, telling them that while you said one thing, what you were really saying was another. Let’s then say that the person in question felt as if they were being cornered and attacked by you due to the conversation. Herein you will see the difference in what the Lord uses to symbolically represent the enemy attack;

The main difference between the bee, the hornet and the wasp in the natural is the reason for which they swarm and attack. In the natural, bees and hornets will attack to protect their colony and territory. Wasps on the other hand, attack as a defence mechanism to feeling in danger or vulnerable. It is the same in dreams.

This tells us that, if you’ve dreamt about a swarm of wasps attacking you, the enemy is using a specific spirt on someone, one that uses the feeling of feeling inferior, feeling attacked and / or feeling the need to protect and defend oneself, as a tool to come against you.

In doing this, it will help identify in your real life the situation this applies to. In knowing this, you can then take action against the attack, knowing that our war is not with flesh and blood (the person the devil is using) but the spirit/s that are lying to that person and propelling him or her to respond or attack you in this way. See Ephesians 6:12

Thanks for reading! Be sure to check out the blog page for more biblical symbolic representation explanations, new content is added regularly. If you didn’t find what you are looking for in this post, you can download ‘Was That Really God? A Biblical Guideline in Understanding How God Speaks in Dreams and Visions’ which includes over 350 dream symbols explained, here.

If you would like more information on how to get to heaven one day when you die, check out the blog on how to receive Jesus as your personal Lord and Savior here.